Researching historical bird illustrations, I found that one bird was usually the central subject with hints of the supporting environment and references to habits or diet in backgrounds. These birds appeared to regard the viewer, as if witnesses to our world. In turn, we regard them and represent them, fascinated by their otherness.
Collage is usually an additive process, and I initially adhered birds to invented or contemporary environments..  But in the process of cutting, the subtracted and empty bird shapes became far more interesting as holes or interruptions.  What fills that emptiness? Via deconstructing and reconstructing from appropriated historical illustrations, adding photographs of my surroundings and other altered images, this series comments on graphic display, on collecting, on image as historical artifact, but most importantly questions what the loss of bird species and habitats means to us. 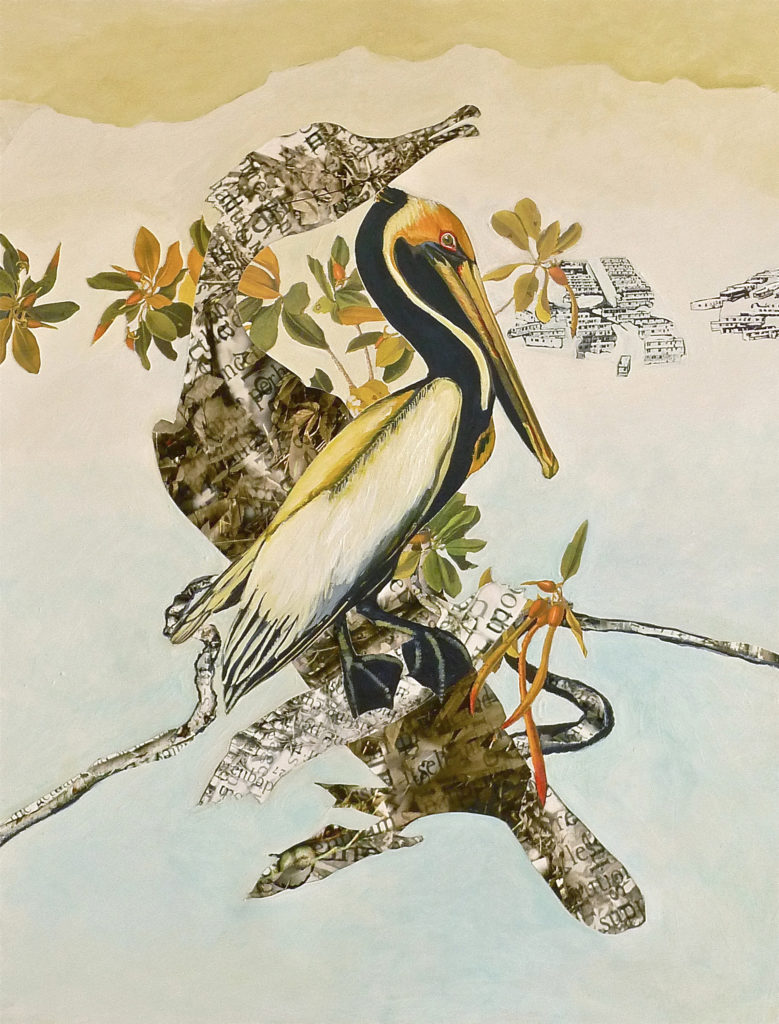 The Disappeared and the Poster Child 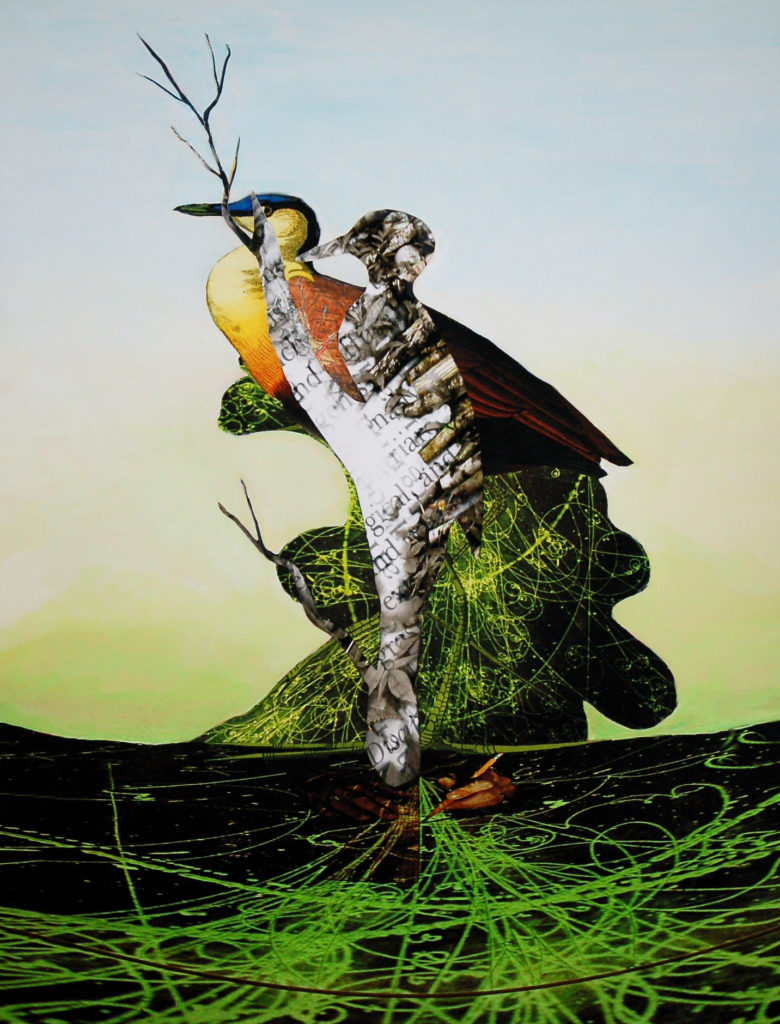 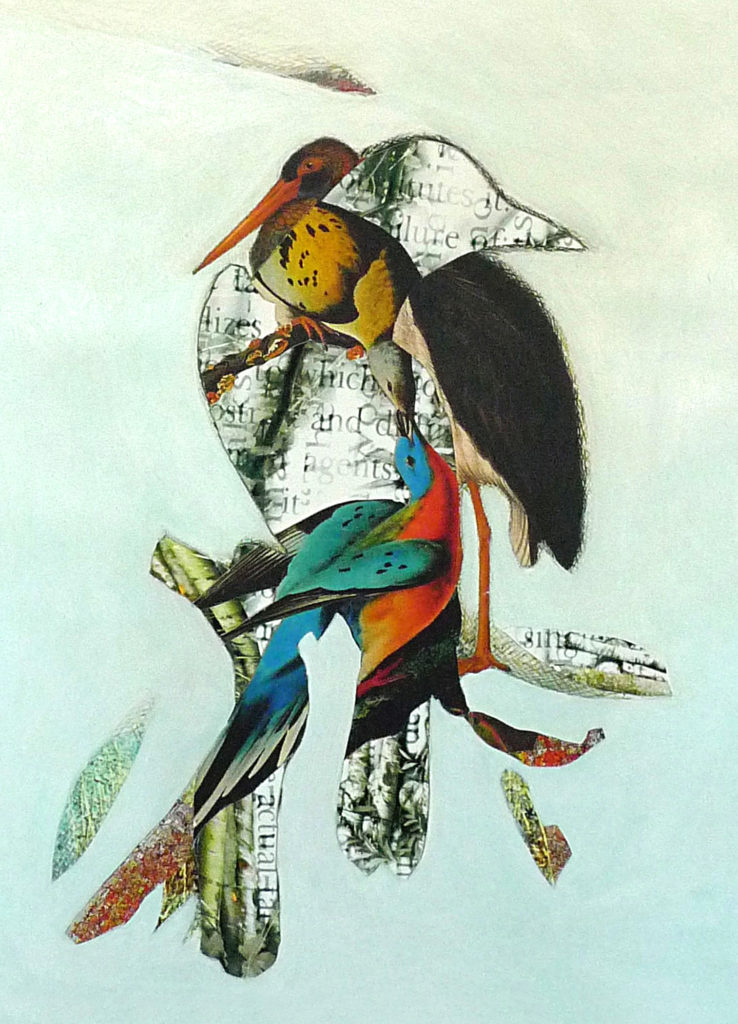 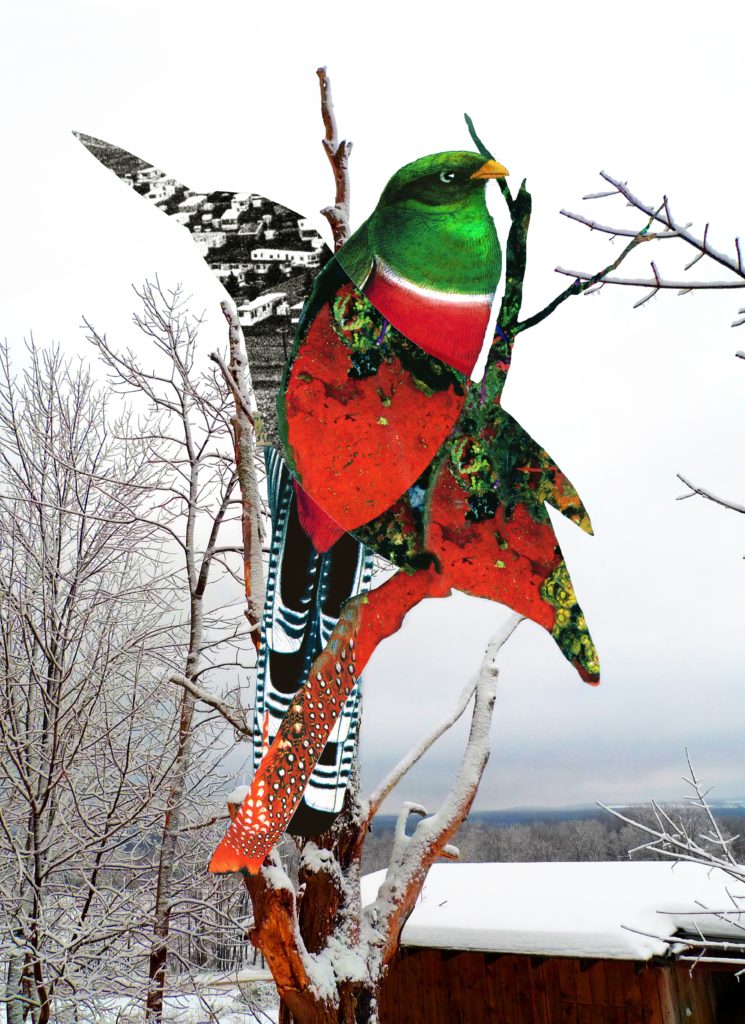 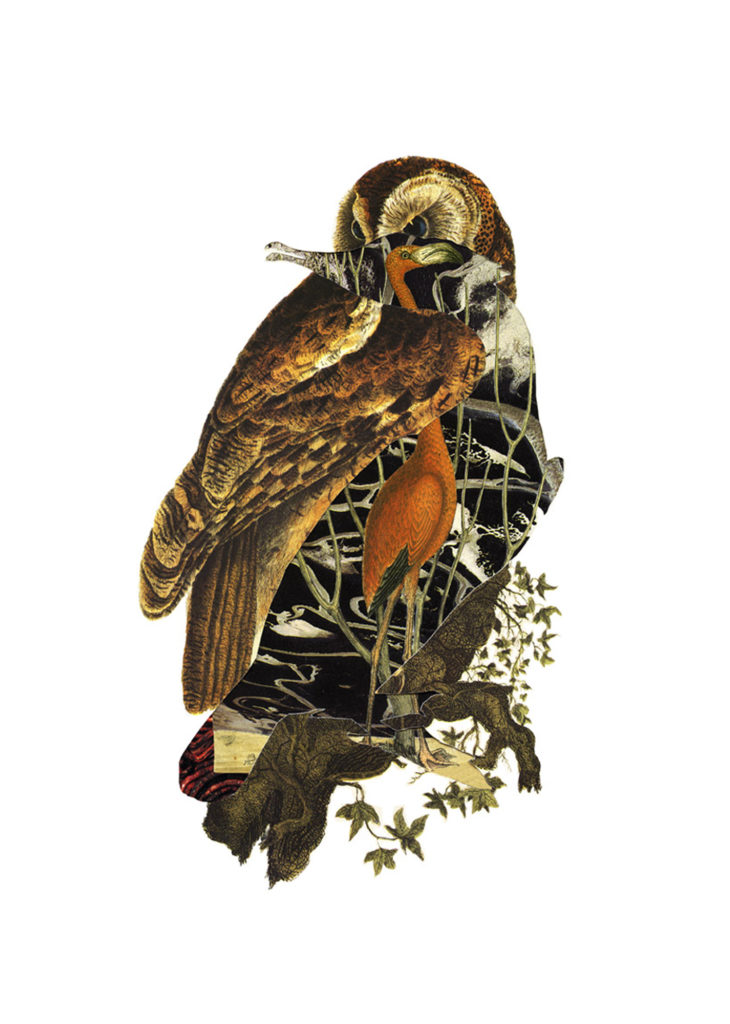 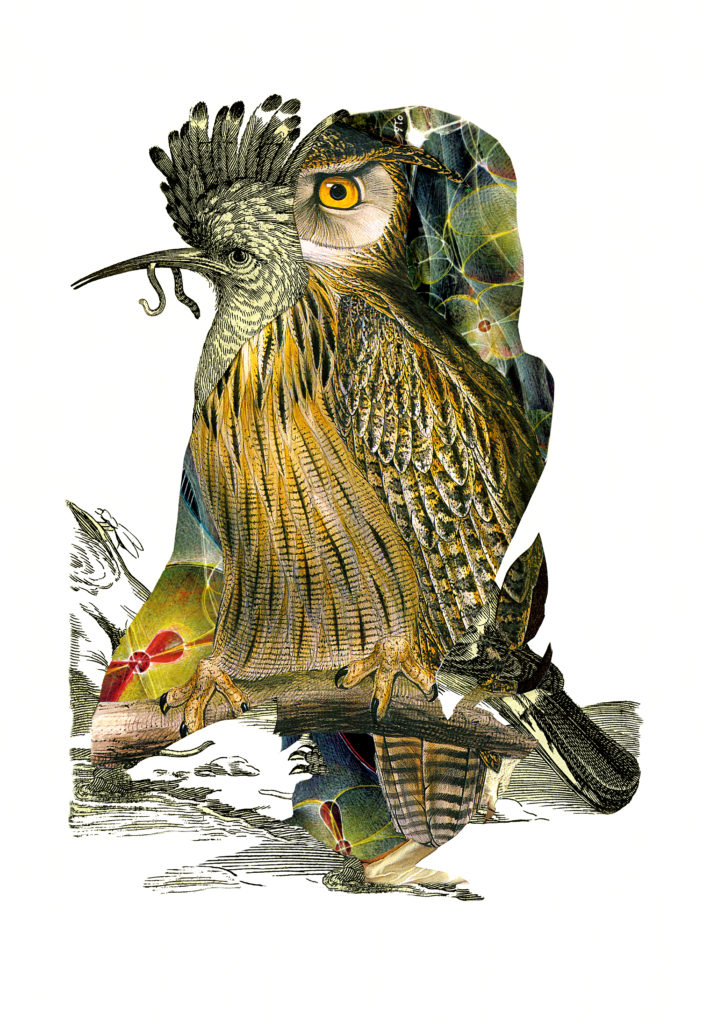 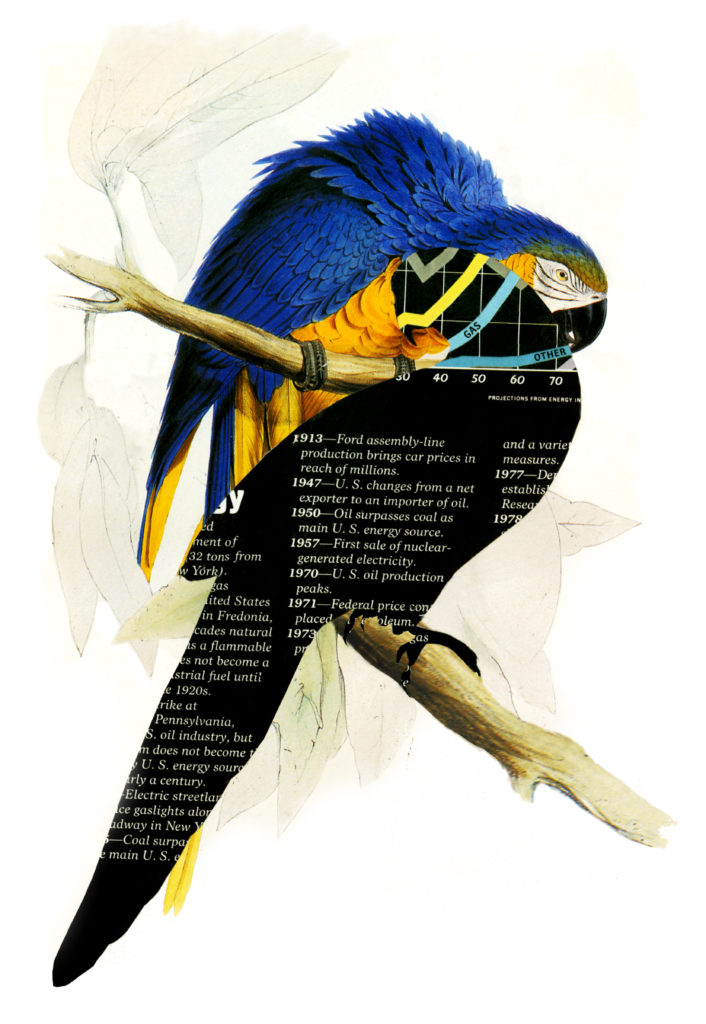 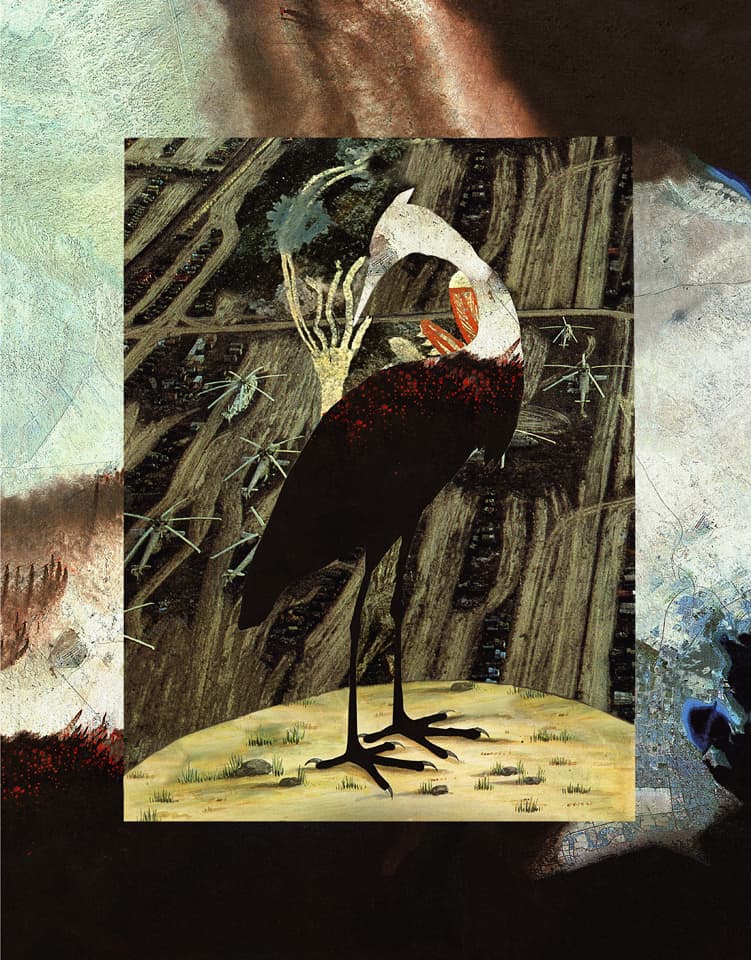 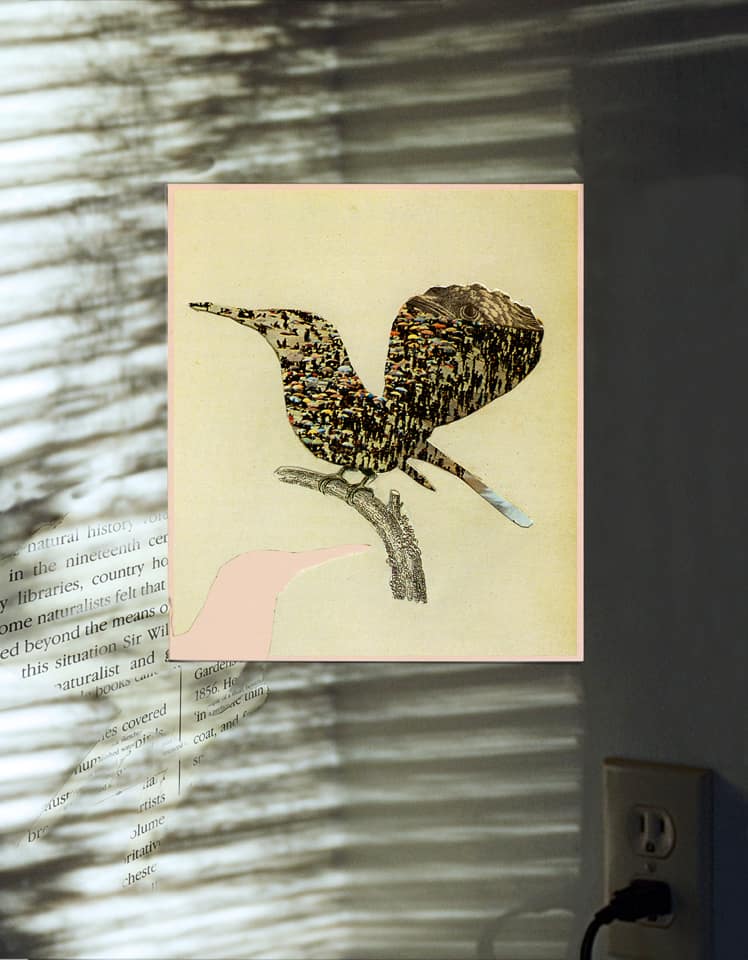 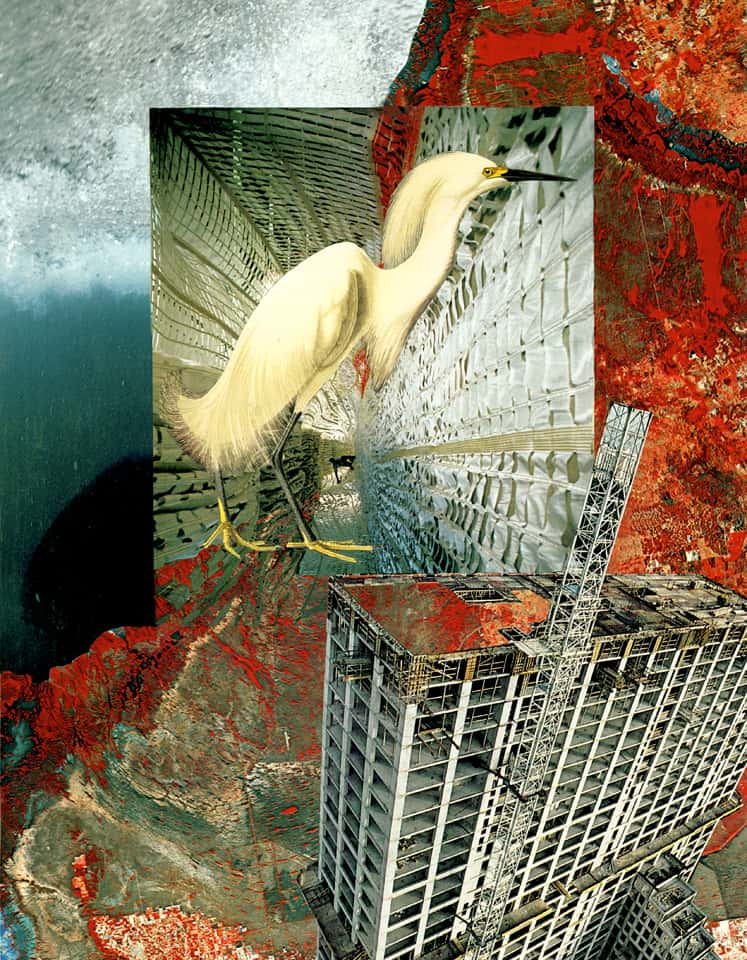